Manhattan, Upper West Side, 1957. Against the backdrop of the decaying tenements in the San Juan Hill neighbourhood and the constant threat of the wrecking ball, two warring gangs--tough Riff's Jets and swaggering Bernardo's Puerto Rican Sharks--fight for supremacy. Now, with a once-and-for-all, winner-takes-all rumble on the cards, an unexpected whirlwind romance at the high-school dance between former Jet brawler Tony and Bernardo's delicate little sister María sets the stage for an all-out turf war. But what's a gang without its territory? Above all, when the future is uncertain, what's hope without love?

“All my life, it's like I'm always just about to fall off the edge of the world's tallest building. I stopped falling the second I saw you."

Posted by The Stinking Pause at 17:28 No comments:

The Stinking Pause Podcast - reviewing movies since 2013...some good, some bad
Amelie (2001)
This week Scott is joined by his dear friends - his  co host of the Reel Britannia podcast, Steven, and Anthony, the host of the Glass onion: On John Lennon podcast
"Amélie" is a fanciful comedy about a young woman who discretely orchestrates the lives of the people around her, creating a world exclusively of her own making. Shot in over 80 Parisian locations, acclaimed director Jean-Pierre Jeunet ("Delicatessen"; "The City of Lost Children") invokes his incomparable visionary style to capture the exquisite charm and mystery of modern-day Paris through the eyes of a beautiful ingenue.

Posted by The Stinking Pause at 19:16 No comments:

Incredibly…it’s our first James Bond 007 movie review in nearly ten years of the podcast., So we thought….let’s review two – and there is something of a method in our madness here as we take a look at:

James Bond (Daniel Craig) goes on his first mission as a 00. Le Chiffre (Mads Mikkelsen) is a banker to the world's terrorists. He is participating in a poker game at Montenegro, where he must win back his money, in order to stay safe amongst the terrorist market. The boss of MI6, known simply as "M" (Dame Judi Dench) sends Bond, along with Vesper Lynd (Eva Green) to attend this game and prevent Le Chiffre from winning. Bond, using help from Felix Leiter (Jeffrey Wright), Rene Mathis (Giancarlo Giannini), and having Vesper pose as his partner, enters the most important poker game in his already dangerous career. But if Bond defeats Le Chiffre, will he and Vesper Lynd remain safe?

Is there solace in revenge? James Bond (Daniel Craig) and M (Dame Judi Dench) sniff a shadowy international network of power and corruption reaping billions. As Bond pursues the agents of an assassination attempt on M, all roads lead to Dominic Greene (Mathieu Amalric), a world-renowned developer of green technology. Greene, a nasty piece of work, is intent on securing a barren area of Bolivia in exchange for helping a strongman stage a coup there. The C.I.A. looks the other way, and only Bond, with help from a retired spy and a mysterious beauty, stands in Greene's way. M wonders if she can trust Bond, or if vengeance possesses him. Can anyone drawn to Bond live to tell the tale?

“When someone says "We've got people everywhere", you expect it to be hyperbole! Lots of people say that. Florists use that expression. It doesn't mean that they've got somebody working for them inside the bloody room!

Posted by The Stinking Pause at 18:03 No comments:


The Stinking Pause podcast – reviewing movies since 2013….some good, some not so good.

It’s Tarantino time as Scott, Paul and Charlie pack their little green bags and see who let the dogs out. 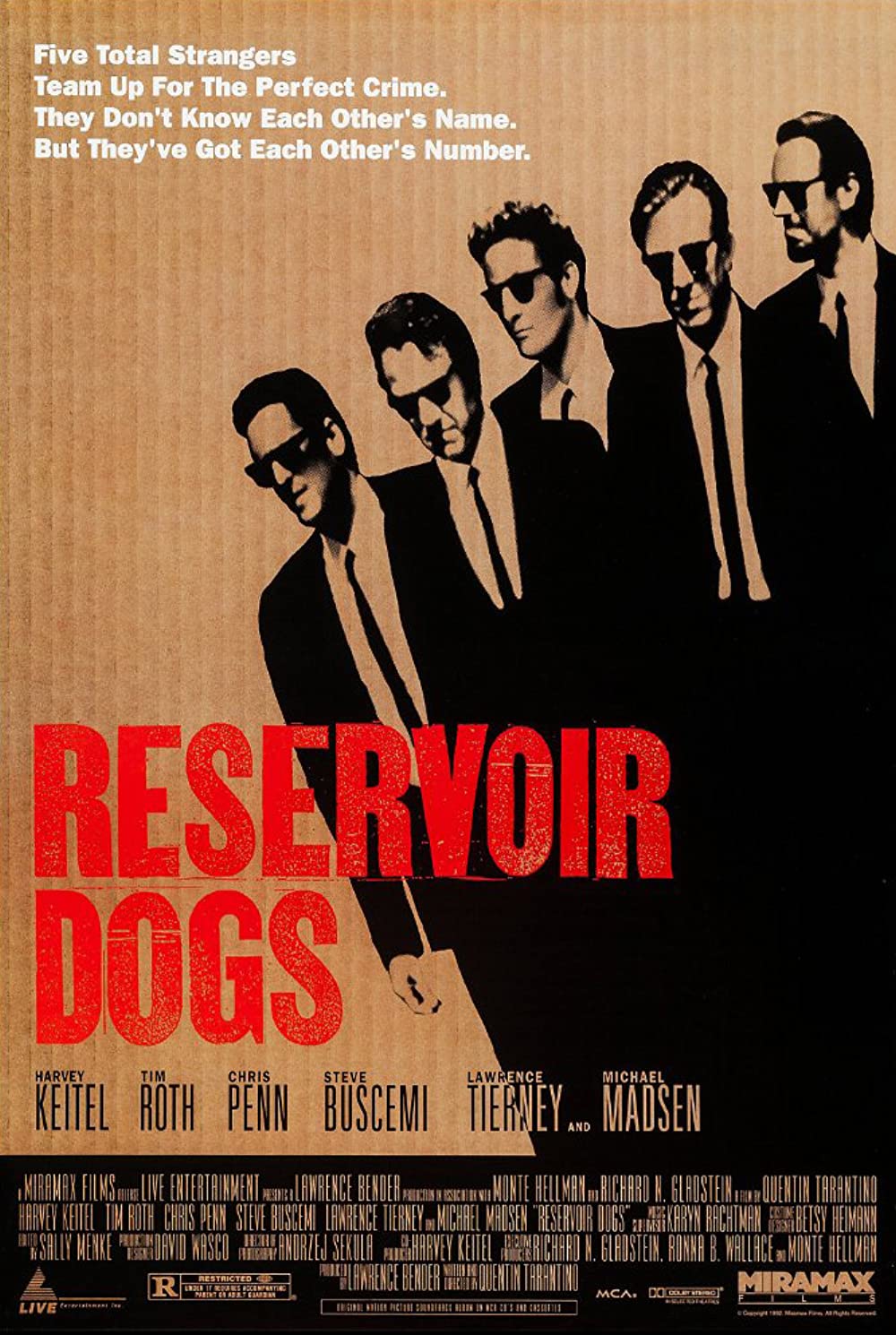 Posted by The Stinking Pause at 22:52 No comments:

This episode, recorded on the eve of the Euro 2020 (21?) final, finally sees the light of day as Scott, Paul and Charlie get together and chat about Bob Fosse, Roy Scheider and All That Jazz from 1979. 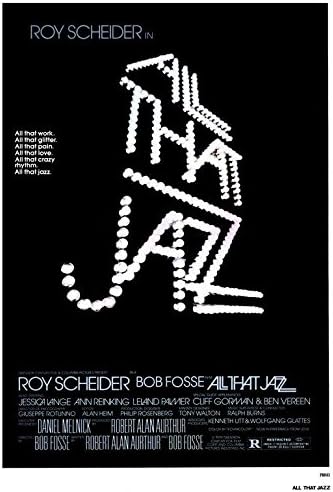 Joe Gideon is a Broadway director, choreographer and filmmaker, he in the process of casting the chorus and staging the dance numbers for his latest Broadway show, starring his ex-wife Audrey Paris in what is largely a vanity project for her in playing a role several years younger than her real age, and editing a film he directed on the life of stand-up comic Davis Newman. Joe's professional and personal lives are intertwined, he a chronic philanderer, having slept with and had relationships with a series of dancers in his shows, Victoria Porter, who he hired for the current show despite she not being the best dancer, in the former category, and Kate Jagger, his current girlfriend, in the latter category. That philandering has led to relationship problems, with Audrey during their marriage, and potentially now with Kate who wants a committed relationship with Joe largely in not wanting the alternative of entering the dating world again. Joe also lives a hard and fast life, he chain smoking, drinking heavily, listening to hard driving classical music and popping uppers to keep going. In addition to pressures from investors and meeting film deadlines above and beyond his own self-induced hard life, he is teetering on the brink physically and emotionally. With Kate, Audrey, and his and Audrey's teenage daughter Michelle looking over him as best they can, Joe flirts with "Angelique" in the process, he potentially succumbing to her if he doesn't listen to them or what his body is telling him.

Posted by The Stinking Pause at 13:50 No comments:


The Stinking Pause podcast – bringing you classic movie reviews since 2013

This classic romantic comedy focuses on Tracy Lord (Katharine Hepburn), a Philadelphia socialite who has split from her husband, C.K. Dexter Haven (Cary Grant), due both to his drinking and to her overly demanding nature. As Tracy prepares to wed the wealthy George Kittredge (John Howard), she crosses paths with both Dexter and prying reporter Macaulay Connor (James Stewart). Unclear about her feelings for all three men, Tracy must decide whom she truly loves.

Posted by The Stinking Pause at 15:24 No comments:


Join Scott, Paul and Charlie this week for some Oscar winning Scorcese action.

The Departed is a 2006 American crime-thriller film and remake of the 2002 Hong Kong crime thriller Infernal Affairs.

In Boston, Massachusetts, notorious Irish Mob boss Francis "Frank" Costello (Jack Nicholson) takes neighbourhood boy Colin Sullivan (Matt Damon) under his wing, and grooms him to be his informant within the Massachusetts State Police. Colin rises through the rank and file to get himself placed on an investigation unit that is working to bring down Costello.

Meanwhile, William "Billy" Costigan, Jr. (Leonardo DiCaprio) is seeking to become a cop, despite the fact that he comes from a family that has a very disreputable past and numerous ties to organized crime. His interviewers eventually decide, when Billy refuses to be intimidated out of dropping out of the academy, to arrange for him to go to prison on a trumped-up assault charge, giving him a criminal record and street cred so that he can infiltrate Costello's crew. When both sides of the law realize the situation, both Colin and Billy attempt to discover the other mole's true identity before being found out.

"When I was your age they would say we can become cops, or criminals. Today, what I'm saying to you is this: when you're facing a loaded gun, what's the difference?"

Posted by The Stinking Pause at 16:35 No comments: